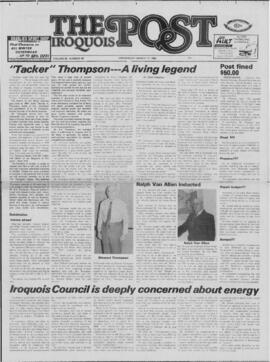 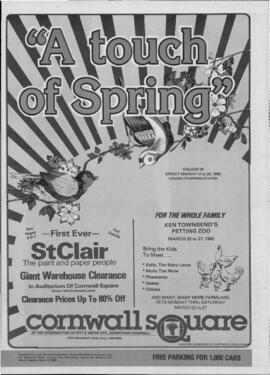 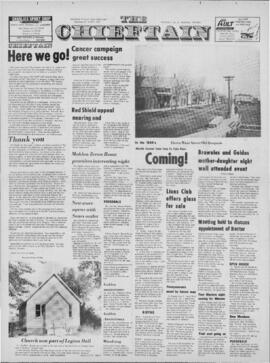 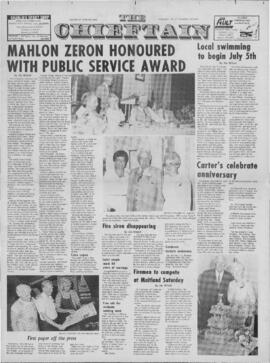 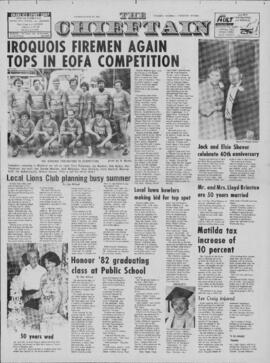 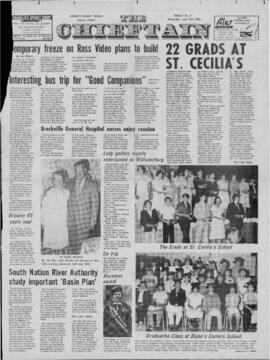 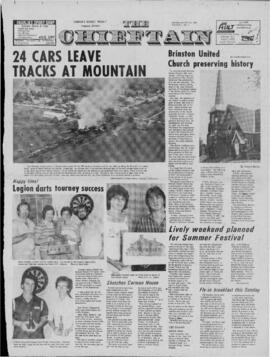 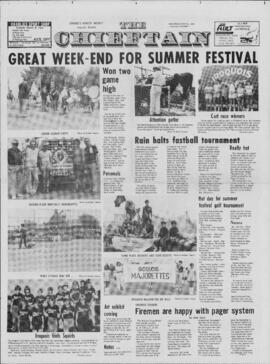 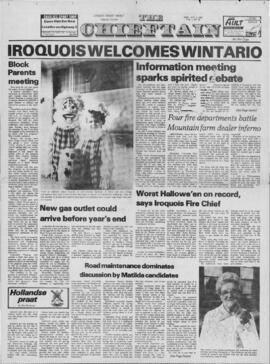 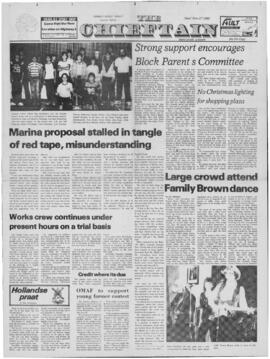 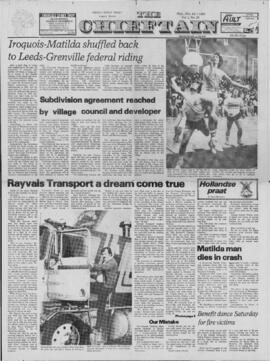 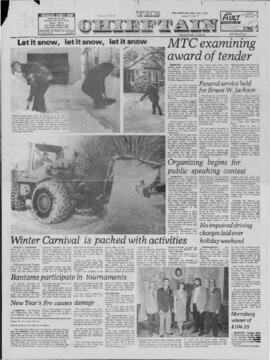 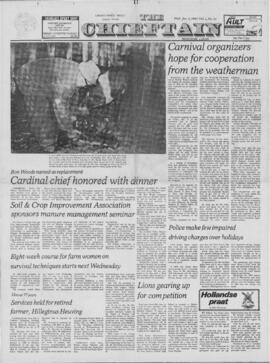 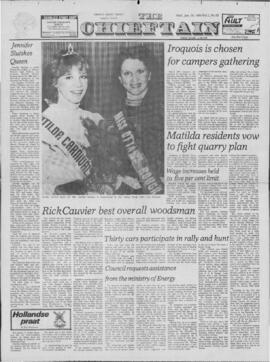 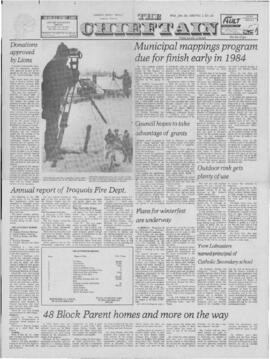 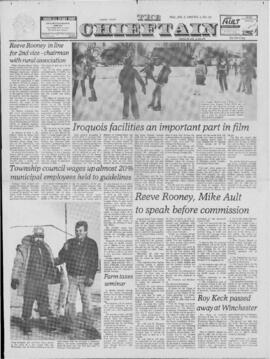 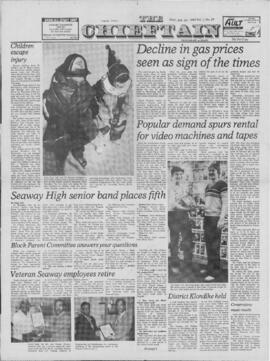 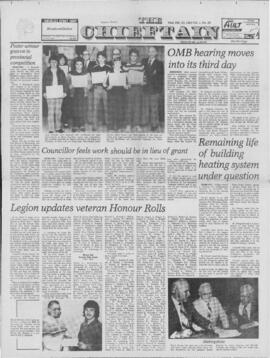 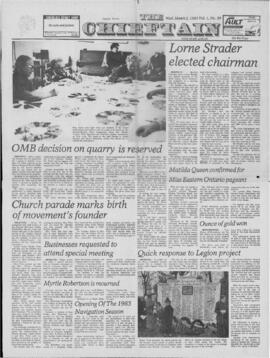 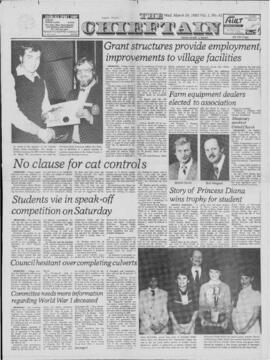 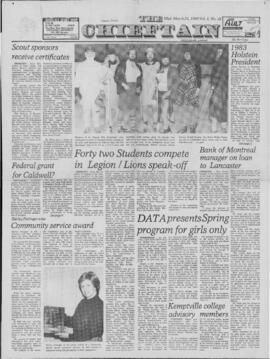 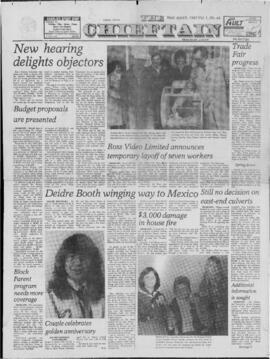 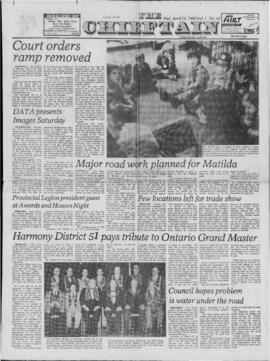 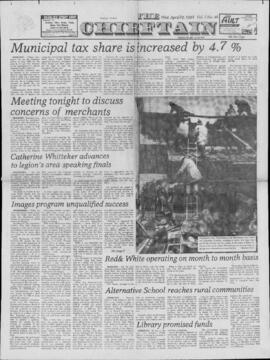 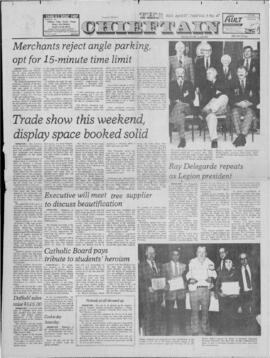 The Iroquois Chieftain was first published on June 9, 1982, under the ownership of Ken Kirkby. The first issues were published out of the Kirkby home with former employees Jane Ewing and Ann Keeler. It ceased publication on October 8, 2006.
Many of our issues of the Iroquois Post, Iroquois Post and Matilda Advocate and Iroquois Chieftain were donated by Roger and Sandra Lee Johnson, who saved these papers from a dumpster after the demise of the Chieftain. Many other issues, especially the St Lawrence News and the Iroquois Post and Matilda Advocate were donated by Howard and Leslie Kirkby