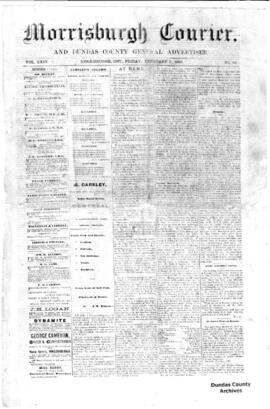 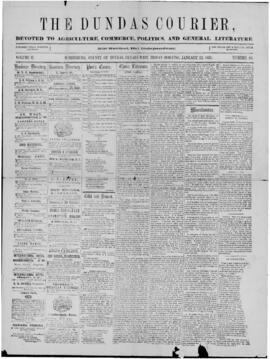 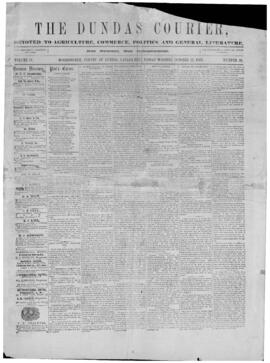 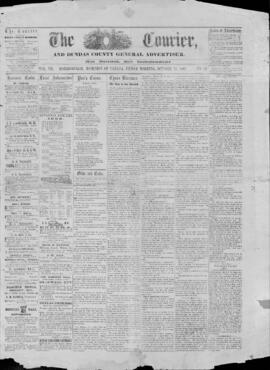 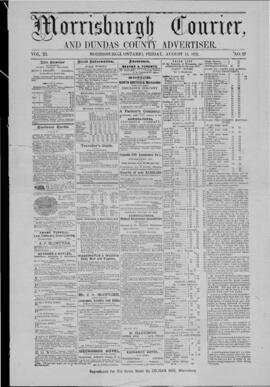 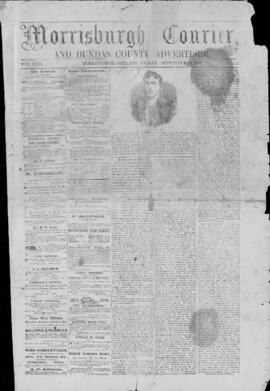 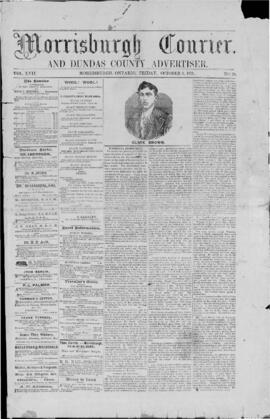 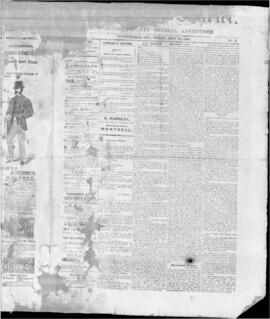 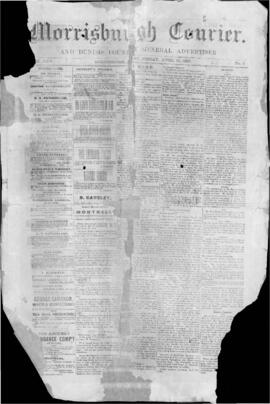 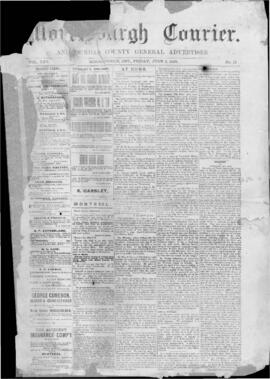 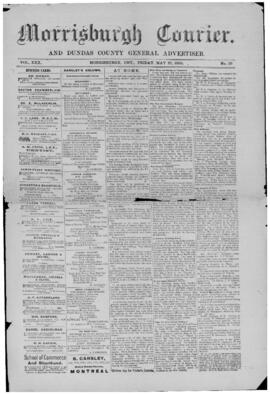 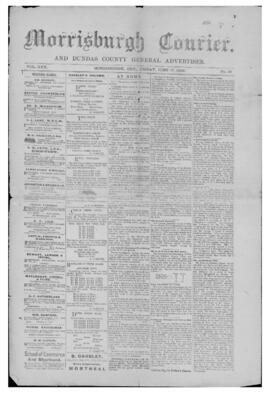 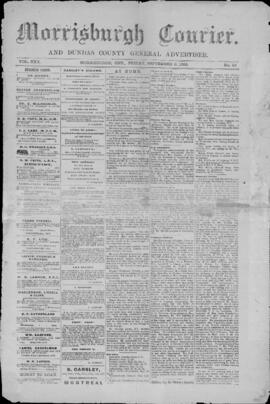 Dundas Courier (also known as the Courier)
This is the first newspaper published in Morrisburg.
The Courier began publication on February 27, 1863 by Hugh Campbell Kennedy, (1839 – 1889) who had previously worked with the Belleville Intelligencer. This paper was created after he was able to purchase a hand press. Reportedly while it began as a politically independent publication, it was noted to eventually become ultra conservative. The office was located on the west side of Locke Street.
The publication of this paper ceased November 24, 1899, when it was taken over by J. Wesley Allison. At that time it was named the Morrisburgh Courier and eventually the Morrisburg Leader
In 1885 – 86 it was known as the Morrisburgh Courier and Dundas County Advertiser. Our holdings include four separate issues between May 22, 1885 and June 3 1887.