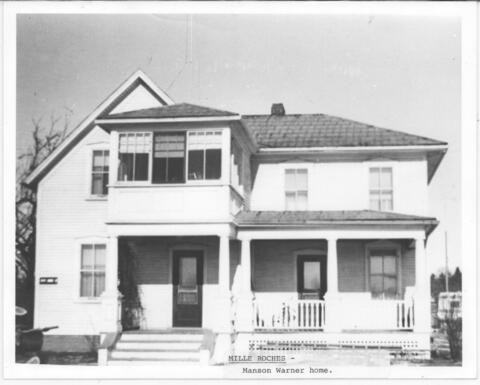 This was the Manson Warner home from Mille Roches. This house was purchased from Ontario Hydro by Farrell Brown of Moulinette and moved to its Highway #2 location, east of Lakeview Heights, in October 1957. Ardell House Movers was contracted by Farrell Brown and a Barnhart family lived in the house at Mille Roches, at the time of its move. Farrell and Elva Brown and their two sons, Bill and Mike, lived in this relocated house until the completion of his new home in Long Sault, at the corner of Bethune and Kent Avenues.