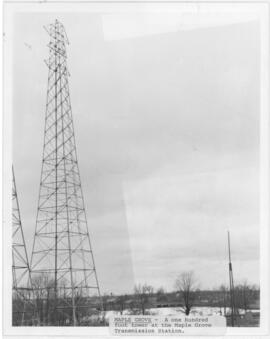 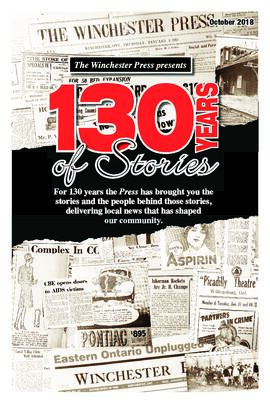 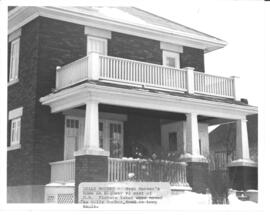 This house at 17 Mille Roches Road, Long Sault, was built by Hugh and Alice (Allie) Warner in the 1920s at Mille Roches. In the Ontario- Hydro relocation in the 1950s, it was identified as SL 408 and the 48th moved into Long Sault. Mr. & Mrs. Warner left the house on September 7, 1956 and stayed at "Stop-over House" #64, 4 Frost Avenue. The house was lifted off its foundation and moved on September 11, 1956, and placed on its new foundation the following day. Hugh and Allie returned to the house on September 14, 1956. The relocation of this home became Ontario-Hydro's iconic photograph, for images have been used in many publications. It was moved with the brick exterior, fireplace, and brick verandah posts intact. It has been said the Hugh Warner would not allow for any knotty boards to be used in its construction, and the stair-case and room trim is of British Columbia fir. Jim & Paulette Brownell bought this home from the Warner estate in 1976, then sold to Bernard Gagne in 1988. Jim & Helen (Dawkes) Brown bought this house in 1996 then sold to Bernard & Osithe LeBlanc in 2000.

1902 Editions of The Chesterville Record

Part of The Chesterville Record

1903 Editions of The Chesterville Record

Part of The Chesterville Record