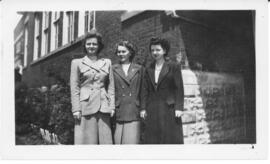 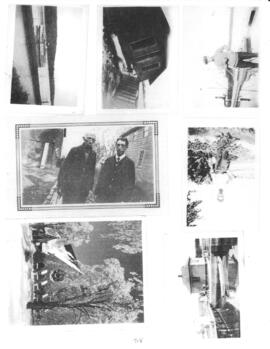 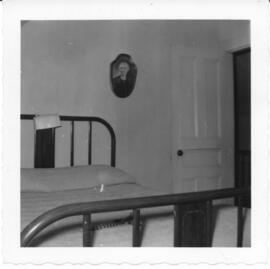 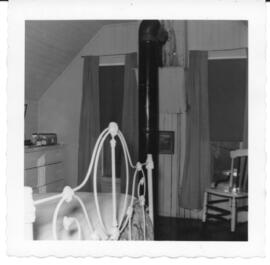 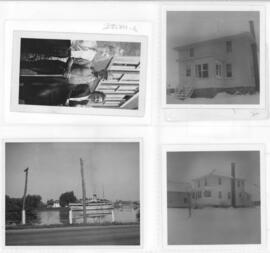 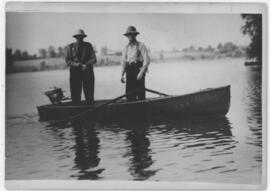 The Brooks Brothers from Sheek Island at Old Mille Roches. They had a furniture manufacturing business, there. Photo c. 1940s- Boat named "Rambler" 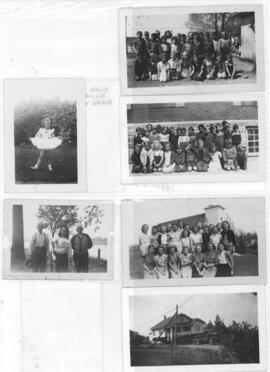 Top - Class at Mille Roches Public School in the 1940s
Second Row - left -Sheila Chant, Mille Roches
Second Row - right - Class at Mille Roches Public School in the 1940s
Third Row - left - Brooks brothers of Old Mille Roches, with Helen Wert - c. 1940s
Third Row - right - Class from Mille Roches Public School - St. George's Roman Catholic Chapel in background - c. 1940s
Bottom - This house, now at 4 Frost Avenue, Long Sault, was the 4th house moved in the Ontario Hydro relocation of the 1950s. The house was moved from Maple Grove where it had been built on the Allan Robertson farm by George Devitt and Allan Robertson's daughter Ada (Robertson) DeWitt. Following the passing of George Devitt, Ada married Stanley G. Williams. This house was identified as SL 64, and it was lifted from its foundation at Maple Grove on July 23, 1956. The following day, it was placed on its new concrete block foundation on Lot 277, Long Sault. This house served as a "Stop-over House" for those requiring accommodations while homes were being moved. John and Dorothy Thompson rented the house from Ontario Hydro on July 22, 1957, eventually purchasing it in 1960. Donna and Thomas Reed have made this house their "home" since 2006. 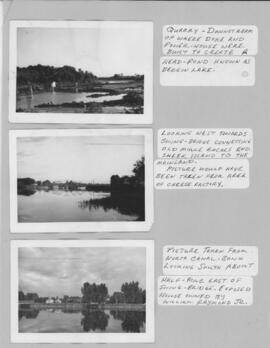 Quarry downstream of the dyke and powerhouse

Top photo - Quarry downstream of the dyke and powerhouse at old Mille Roches. The dyke and powerhouse created a head-pond known as Bergin Lake
Middle photo - View west towards the swing-bridge between Sheek Island (old Mille Roches) and mainland. Photo taken from a location near the cheese factory
Bottom photo - Taken from North canal Bank looking south, about half a mile east of swing-bridge. The full exposed house was that of William Raymond, Jr. - photos c. 1940s 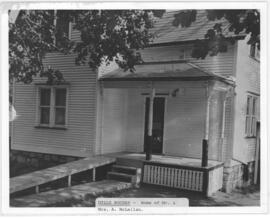 Home of Alexander and Florence McLellan

Mille Roches home of Alexander and Florence McLellan, Mille Roches - c. late 1940s. The McLellan's were bee keepers, and operated Treasure Island Honey Farm. Alex was employed by St. Lawrence Power Co., at the Mille Roches Powerhouse. The McLellan family sold their home to Ontario-Hydro, and they moved to Cornwall. The house was vacant at the time of its move, and it was the 38th house moved to Townsite #2. It was identified as SL 331 and moved on August 24, 1956. It was placed on its new foundation on Lot 351 on August 27, 1956. Ontario-Hydro exchanged this house with Gower Stephenson for the one he owned, - SL 436, on July 27, 1957. Garfield "Doc" and Ethel Heard and family lived at this residence in Long Sault at 9 Frost Avenue, then, it became the home of George and Keitha Strachan and family, for many years. 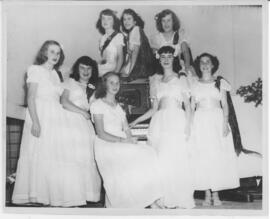 Performers at a Mille Roches concert 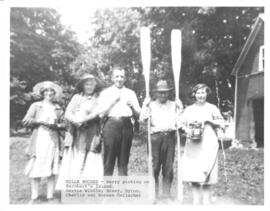 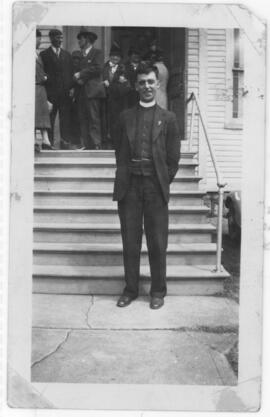 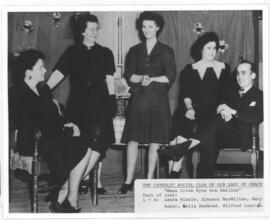 The Catholic Social Club of Our Lady of Grace Parish 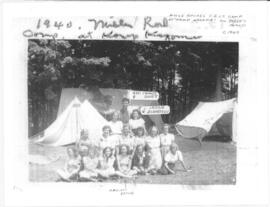 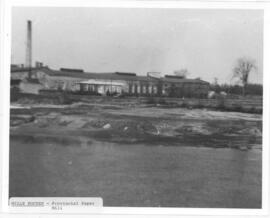 Provincial Paper Mill near Bergin Lake, Mille Roches - This mill started as the St. Lawrence Paper Co., with the first stone laid for the structure on Tuesday, February 23, 1904. The mill had a major expansion by Provincial Abitibi in the early 1940s and had 100 employees. It was known as the Provincial Paper Mill. The workforce increased to approximately 200, before its closure in the mid-1950s. The equipment and many from the workforce moved to Thorold, Ontario. 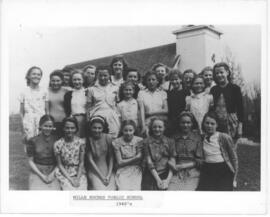 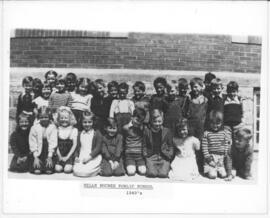 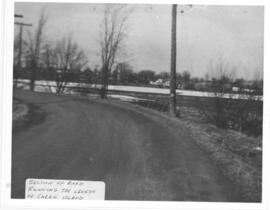 The main road on Sheek Island running alongside Bergin Lake. That Mille Roches on the mainland, across the lake 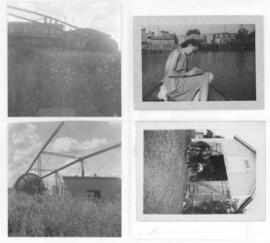 Top left - Provincial Paper Mill water-tower toppled and cut up for scrap - Mille Roches
Top right - Photo taken be Fred H. Green, on Bergin Lake and behind Alkerton's Service Station. The person in the boat is unidentified, but the building behind her head is the Howard Manson Block. That's the Manson Warner Block to the right of the photo. Photo c. 1940s
Bottom left - Provincial Paper Mill water tower has collapsed to the ground - c. mid-1950s
Bottom right - Shoeing a horse at Mille Roches. Photo taken by Fred H. Green - c. 1940s 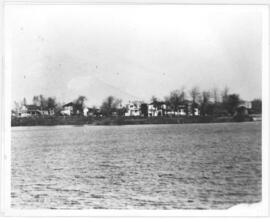 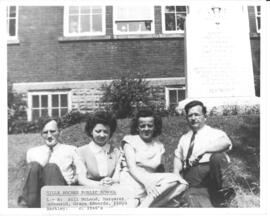 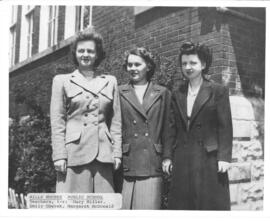 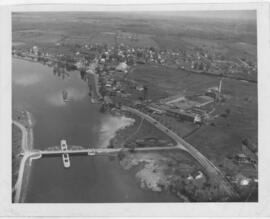 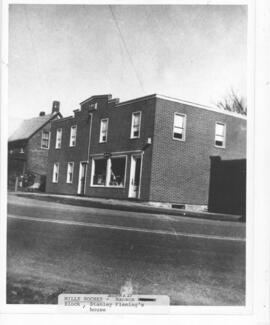 Howard Manson Block, Mille Roches, with Stanley Fleming's home at left. Morris Fyckes had a General Store and Post Office in this building. This store was originally built in 1842, but was destroyed by fire in the 1938-39 New Year's Eve fire. It was rebuilt in 1940 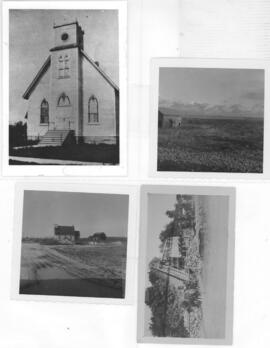