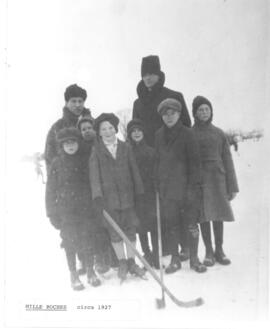 Unidentified gathering at Mille Roches - c. 1927. If you can identify this photo please contact us. 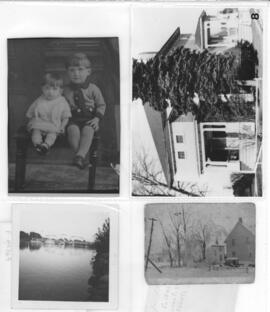 Top left- A 1928 photo of the Sauve children from Mille Roches. Jeanette M. Sauve (L) born 1927; Semon Sauve (R) born 1926
Top right - This building at 7 Frost Avenue, Long Sault, was the former Dr. J.W. Messecar home and office at Mille Roches, as well as the home of Louise McCartney. Brian McCartney, esteemed teacher and musician, has memories of life in this home, overlooking Bergin Lake. This was the 85th house moved into Long Sault, and it was identified as SL 471. This house was vacant at the time of its move from Mille Roches on October 19, 1956. Ten days later, it was placed on its new foundation on Lot 352. Following its move, this house was used as an office for the Chamber of Commerce, served as a depot for the Bank of Montreal until the Long Sault Shopping Centre was completed, and served as a school for students destined for the new St. George's Separate School on Bethune Avenue. For a period of time, until its conversion to Branch #569, Royal Canadian Legion, this dwelling served as the base for many community activities, including Bill Barker's Square Dance lessons for school children.
Bottom left - Mille Roches Swing-bridge- connecting mainland to Sheek Island, over the Cornwall Canal. Bergin Lake in the foreground.
Bottom right - 1942 ice storm at Mille Roches

This plane landed on the Hart farm at Woodlands c. 1928. That's Donald Stuart on the right. 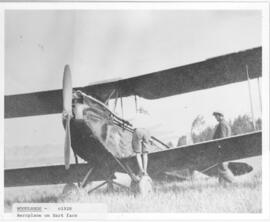 This plane landed on the Hart farm at Woodlands c. 1928. That's Donald Stuart on the right.

The James (Jimmy) Johnson's Service Station at Mille Roches - September 1929. This was the first service station in Mille Roches, and Highway #2 (Main Street) is under construction. 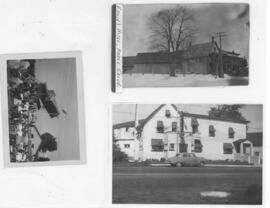 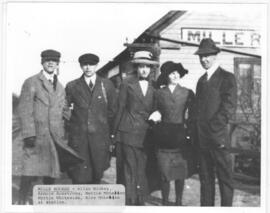 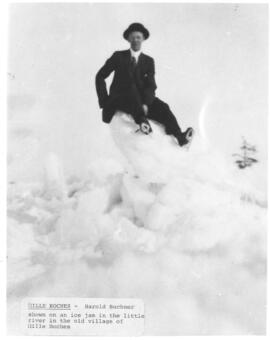 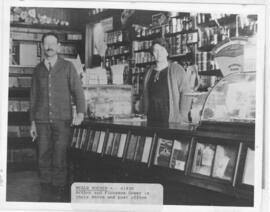 Arthur and Florence Gower in their store and post office at Mille Roches in the 1930s. 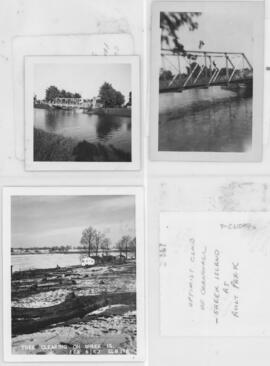 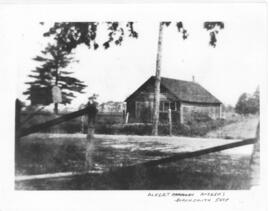 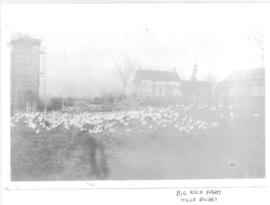 The poultry yard at "Big Rock Farm" - north of Mille Roches. This was the Abrams' farm, with Vic Abrams being a well-known businessman- c. late 1930s 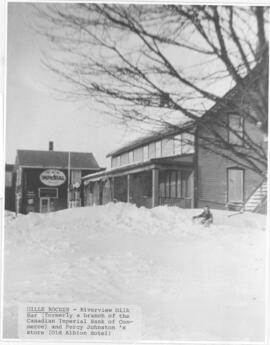 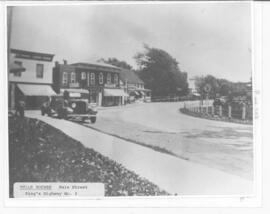 Downtown Mille Roches pre-1938. The Manson Warner Block is near the centre of the photo, with dark siding and white trimmed windows. That's the building that burned in the 1938-39 New Year's Eve fire. 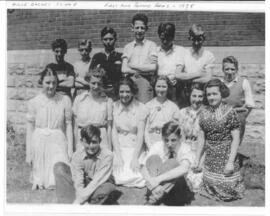 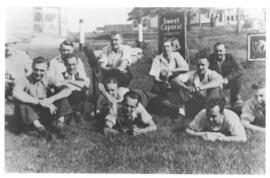 Group of men alongside Bergin Lake at Mille Roches (1/3) 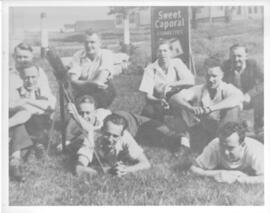 Group of men alongside Bergin Lake at Mille Roches (2/3) 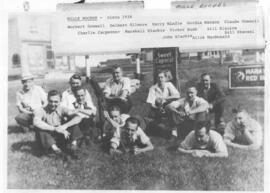 Group of men alongside Bergin Lake at Mille Roches (3/3) 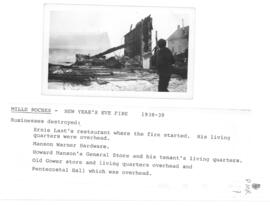 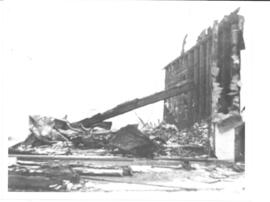 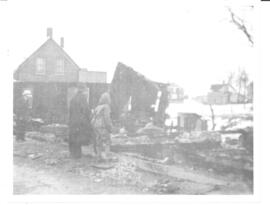 Looking over the ruins of the New Year's Eve fire 1938-39, with Stanley Fleming's brick home behind destruction. 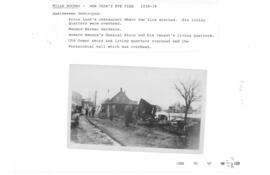 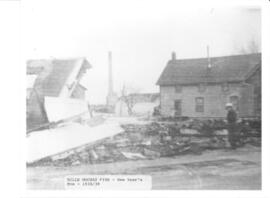 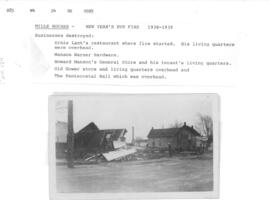 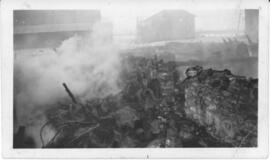 Ruins of the New Year's Eve fire of 1938-39 at Mille Roches, destroying the Manson Warner block - Photo of ruins taken on January 2, 1939